The Orion is Inner Sphere Heavy Mech. Though in production for well over 500 years, the Orion remains a mainstay of the Free World’s heavy ’Mech forces, as its mix of firepower and resilience appeals to a wide range of MechWarriors. Over the centuries countless thousands have poured off the production line, but the last two decades have seen something of a renaissance for the Orion as the inclusion of recovered technologies has allowed the design to push its way to the forefront of the FWLM’s military exports. The Orion is a dependable workhorse design that can handle almost any combat role, thanks to its mix of long and short-range weaponry and its Valiant Lamellor armor. Unlike other Mechs that have diverse engine options, the Orion actually has different max speeds based on which engine each variant is equipped with. Orions with the more common XL engines travel at 76 km/h, the F Variant carries a smaller XL engine and travels at 65 km/h, while Orions with the less common light fusion engine also travel more slowly at 65 km/h, but benefit from greater survivability. Between the engine options and the Orion's 14.5 tons of armor (tied for the highest armor of any Inner Sphere heavy Mech) the Orion is a very durable Mech.

Note: Only the variants with a speed of 65 km/h (Prime, A, F, and G) can be bought at forward factories.

The Orion Prime is a solid self-NARCing Mech with its LRM20 and NARC. But unlike most other self-NARCing assets, the Prime has enough independent weaponry to contribute in medium- and short-range engagements. It can use its NARC to self-target enemies or to support allies. Between its 3 MLs and UAC10 the Prime is equipped like an aggressive light Mech so long as it's in medium range. The Prime has 2 free tons of ammo and generally one ton of LRM ammo and one ton of UAC10 ammo is called for. Although it slows the Prime down to 65 km/h, it is also equipped a compact light engine making it one of the most durable Inner Sphere heavy Mechs.

Unlike the similarly-equipped Argus E the Orion A struggles to accommodate its dual PPC energy weapons which should nearly always be chain fireed. Even the A's trio of Tbolt5s should be chain fired when able, if enemy LAMS are active, group fire may be necessary. Group fire may also be necessary when damage spreading or brawling. Players will have to weigh the speed of the Argus vs the armor of the Orion, especially since the Argus E boasts superior range. While the Argus E dips into long-range, the Orion A is more solidly in medium-range. For anti-BA activity, the A should chain fire its trio of LAC5s and be prepared to use its B-Pod. Although it slows the A down to 65 km/h, it is also equipped a compact light engine making it one of the most durable Inner Sphere heavy Mechs.

The Orion B can serve multiple roles. Its SRM4 and SRM2 compliment both a poking- or staring-playstyle. Meanwhile, the B's HPPC lends itself to poking and its pair of RAC5s lend themselves to staring. Additionally, all the B's weapons can be conserved while its RAC5s are on cooldown allowing the B to damage spread in some situations. The B has 4 free tons of ammo and all four tons should be dedicated to the ammo-hungry RAC5s. The B differentiates itself from other double RAC5 heavies with a modest top speed of 76 km/h allowing it to get in and out of combat more easily.

More focused on long-range support than the Prime, the Orion D extremely focused. At 1500m, the HVAC2, and at 1400m the HVAC5 provide the D with significant long-range suppression. The hail of bullets these weapons lay down make many assets hide behind cover. Even though the D's primary damage is in the 1000m range pair of LRM15s, their effective range can easily be stretched out to 1300m with the use of TAG making the Orion D an excellent self-TAGing asset. Considering the TAG... The D's BAP seems almost unnecessary except for warning the pilot of incoming enemies a little bit sooner. This heads up can mean life or death for a Mech like the D when its weapons are so terrible at brawling. It needs every bit of warning and every single one of its 76 km/h to reposition before being charged and overwhelmed.

Although moderate in speed, at 76 km/h, the Tiberius is an agile, stealthy, hard-hitting, seek-and-destroy Mech. The Tiberius is the only stealth armor heavy Mech. Except for its Improved Jump Jets, the Tiberius lacks the quick escape potential of faster heavies, depending on its stealth armor to make sure hit and run attacks don't turn into suicide runs. Unlike other heavies, though, the Tiberius is more than capable of getting in close to an enemy Long Tom or LRM Camper and eliminating them quickly before their allies can react. It's recommended to buy one ton of ammo for the LBX20, and two tons for the SSRMs. When it comes to extended brawling, the Tiberius can struggle with its limited ammo and fast-firing SSRM6s. Pilots are advised to carefully aim their SRM shots.

Similar loadouts on most other Mechs would be accompanied with JJs. This is not so for the Orion F. The F sacrifices the ability to jump snipe for 4 LAC2s that shoot out to 900m, perfectly matching its pair of ERPPCs and Gauss Rifle. In lengthy engagements at long-range, few other heavy Mechs will give pilots as much direct fire firepower potential. The F, being a sniper, never needed the compact light engine that other Orion variants nor the speed of other variants, and so the F has a smaller XL engine than the others and only travels at 65 km/h.

The Tacitus is a Mech that works well behind cover or in front of it. Most of its firepower is concentrated in a pair of Binary Laser Cannons with 650m of range, that solidly place the Tacitus as a medium-range poker and tank hunter thanks to the Blazer's damage multiplier against tanks. The Tacitus' pair of LAC5s, at 600m, while somewhat lacking in DPS do augment the Tacitus' ability to poke. Since both of the Tacitus' other weapon groups excel in poking, its pair of Mguns serve little purpose except as a minor BA deterrence. When not poking, the Tacitus can serve well as a support asset since it is equipped with BAP, C3, and GECM. Additionally, due to its compact light engine, the Tacitus is a bit slow (65 km/h), but it also becomes an excellent tank and damage-spreading Mech when necessary.

Note: This asset has both C3 and GECM, meaning there is no benefit to using passive radar except when covered by allied AECM.

As the folklore has been told:
Since his time of conception into the world of Mechwarrior, Invictus has felt the calling to battle with one of the most formidable mechs ever... Thus the Orion was gifted to the project director to be included into MWLL.

According to CW/Γ Andrew co-director the reality is. "let me change this up a little: thus in october of 2019 CW/Γ Andrew started Project Orion together with [SA] Bird_Thing™ and [CJF] Leeko. Previous active artists (Nighthawk, Chezzar, Pajama Boy and Nathan) consulted and created the mech secretly over a time frame of roughly 2 and a half years. When it was ready it was gifted to project director invictus."

An as they say the rest is History! 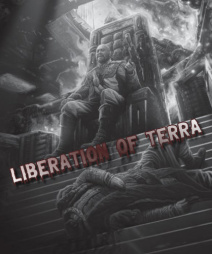 Sometimes called “a poor man’s Atlas” since the introduction of that behemoth, the Orion is a venerable, general-duty heavy ’Mech—and a famous one. Everyone has seen the images of Aleksandr Kerensky storming Amaris’ last defenses on Terra, making the Orion one of the best known ’Mechs in history. Commissioned by the Terran Hegemony in response to improving ’Mech designs used by other Houses, the Orion is nearly half a millennium old. The roomy chassis has allowed it to be readily upgraded and maintained over the centuries. The Orion remains a mainstay of the Free World’s heavy ’Mech forces, as its mix of firepower and resilience appeals to a wide range of MechWarriors. Like the Marauder, the Orion's armor is Valiant Lamellor, less massive and better able to distribute heat and kinetic energy than other armor types, though the secret of its manufacture has been lost to time.