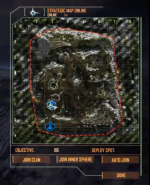 After joining a team, the strategic map representation of the current map should be on the screen. If not, press [m] to bring up the strategic map. Click on the base or "Spawn Point" you wish to spawn/enter the game at. Only friendly blue bases may be selected to spawn at. Click the [Done] button or anywhere else on the screen to spawn at that location. If you were successful, a timer will appear on the screen and you will spawn once it reaches 0. Bases with a mech icon typically indicate that weapons, mechs, and other assets may be purchased there. Bases with an airplane icon typically indicate that BA Weapons and aircraft may be purchased there. 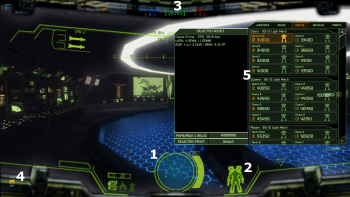 After purchasing the Mech, there will be an audible confirmation message, a brief text prompt that will appear in the upper-left corner on your HUD, and a flashing build indicator in the lower-left corner of your HUD; this prompt will indicate that your ordered Mech is on the way. This process takes 10 seconds of build time (25 seconds for VTOLs and 45 seconds for aerospace). Once it is built, it will tell you which bay your new Mech is in. You'll have to move out of the spawn area and down into the hangar to access the various Mech Bays. When your Mech is completed, an indicator will appear on your HUD, directing you to it; to enter the Mech, press [F] while you're close to and level with its cockpit - you can accomplish this either by running off the catwalk behind it or jumping toward it (tap or hold [space] to use Jump Jets). 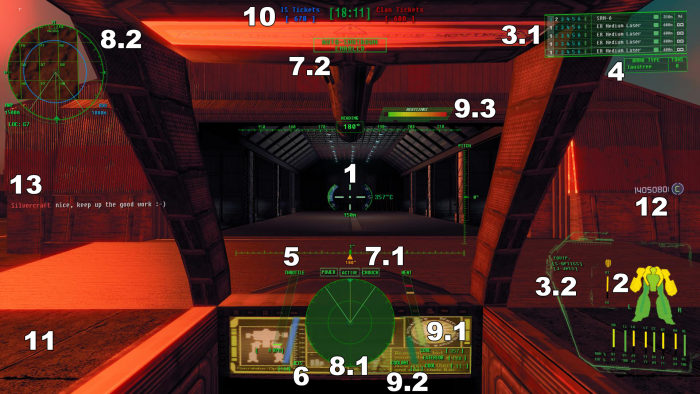