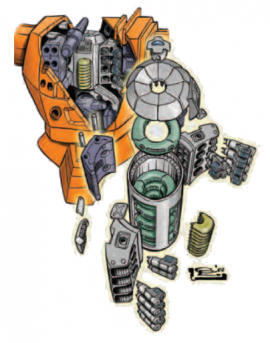 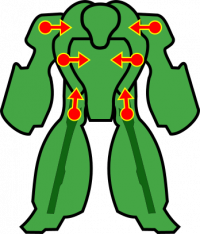 Better known as the XL Engine, it's a technological leap lost to the fog of war. The XL engines are lighter, more expensive and prone to more easy undergo critical destruction than the STD counterparts. Other than that, they share the same power rating as the other engine types.

Currently only available on the Archangel, the Compact Fusion Engine is very durable with a side torso damage transfer modifier of x0.66, back torso modifier x1.0, less speed loss from engine damage.