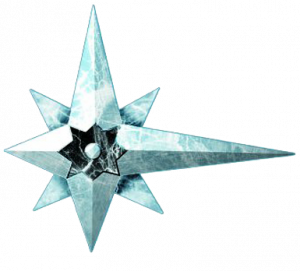 The Clans are one of the two playable factions in MWLL, the other faction being the Inner Sphere.

The Clans were founded by Nicholas Kerensky, son of Aleksandr Kerensky, the Star League Defense Force (SLDF) General at the time. After a bloodly civil war in the Star League ended with all the major houses of the IS at odds with each other, Aleksandr saw no hope for a peaceful resolution. Foreseeing only war, he led the remaining loyal SLDF into a massive Exodus. After his death, his son Nicholas formed the SLDF into different clans.

While each of these clans have different social structures, equipment, and levels of formality, Mechwarrior Living Legends doesn't focus at all on these divisions. The only clan logo displayed in MWLL currently is the logo for Clan Wolf, the Clan that Nicholas Kerensky himself joined.

On 8 July 2784 General Aleksandr Kerensky led 90% of Star League Defense Forces out from the Inner Sphere on a self-imposed Exile, seeking to keep humanity from self-destruction. They settled at first in the Pentagon worlds. Kerensky ordered his troops to secure three quarters of their equipment and Mechs in order to limit their usage while industry required to maintain it all developed. Pilots were tested yearly, with those scoring in the bottom two thirds delegated to logistics and support duty.

The plans shattered though, with a death of their leader Aleksandr, and soon the troops fought against themselves for food, spare parts and ammunition. Local groups cruised around the planets seeking for resources to survive like bandits. The only exception was Strana Mechty, a planet to which Aleksandr's son, Nicholas Kerensky (among others) escaped in a second exodus. There, they formed a crusade of Kerensky Loyalists against the bandit-ran Pentagon Worlds. From victory in this crusade Kerensky formed a society of Clans.

Kerensky loyalists were given the greatest honor - from their surnames the Bloodnames were created. A new society begun to rebuild what was lost, while thanks to advanced technology, a process of breeding warriors began in order to make them into the ultimate warriors. Born in the Iron Womb, new warriors were called trueborn, and they made it into the warrior caste and received the Blood Names. Freeborn clanners, born through natural childbirth, were considered inferior.