A note on the Air Light Gauss Rifle: It does not require the short spin up time that other Air Gauss weapons do. Despite this, pilots are still advised to give their targets a significant lead when shooting at long range as even Light Gauss slugs have a short travel time.

Note: The Air Gauss Rifle for both Inner Sphere and Clan require a short spin up time before the weapon actually fires. Pilots are advised to give their targets a significant lead. 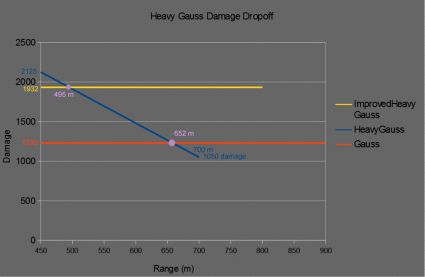 The Heavy Gauss is one of the most powerful weapons capable of being mounted upon a BattleMech, dealing almost double the damage of the normal Gauss on close range. Of all the Gauss Rifles, its projectile travels the slowest. In addition the weapon's damage drops off significantly outside of 450 meters, making the HGauss most effective in close quarters. The main drawback of the HGauss is its ammunition limitations, being able to carry only 6 rounds per ton.

Note: The Air Improved Heavy Gauss Rifle requires a short spin up time before the weapon actually fires. Pilots are advised to give their targets a significant lead.

Note: The Air Improved Heavy Gauss Rifle requires a short spin up time before the weapon actually fires. Pilots are advised to give their targets a significant lead. 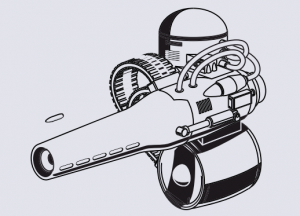