Some assets (APC, Hephaestus, and Goblin) have an Infantry Bay providing BA with a mobile spawn point as well as access to BA Weapons. 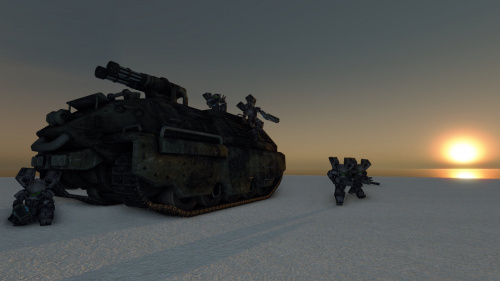 Point of Elemental BAs with an APC

If the BA enters another asset, all weapons besides the Light Machine Gun and up to 2 SRM-2 Missiles, will be dropped. The only exceptions to this are all the seats in an APC, and the secondary seats in the Hephaestus and Goblin.

Other weapons like SRM-2 missiles, BA TAG, Grenade Launcher, etc can be purchased. Note: BA SRM-2 must be dry-fired one time to trigger a reload. After purchasing BA SRM-2, use the [scroll wheel]] or press the [3]' key to switch to missile mode. Use [Left Click] twice to begin reloading both SRM-2 tubes. This also allows the player to purchase two more SRM-2 missiles.

By using [space] and [wasd] at the same time, BA can vector their jump jet thrust similarly to mechs.


By fluttering their JJs (pressing [space] intermittently) BA can suspend themselves in the air, or by holding [w] at the same time, the BA can cover great distances.


In low gravity environments, BA are able to change their thrust vector by aiming up and down, and roll left or right ([X] and [C] keys by default). This allows the battle armor a disorientingly extreme amount of control and maneuverability. 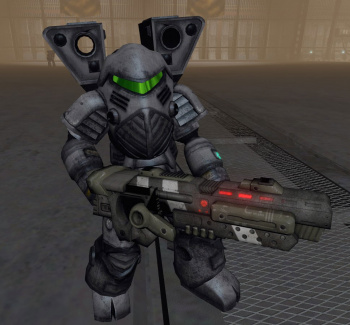 The Elemental is the default Battle Armor for Clan players. Functionally, it is currently no different than the other BA, the Inner Sphere Longinus.

Notable pilots include: [CJF] Bolter - CL, Stories from onlookers have been told, that he annihilates anything in his path. 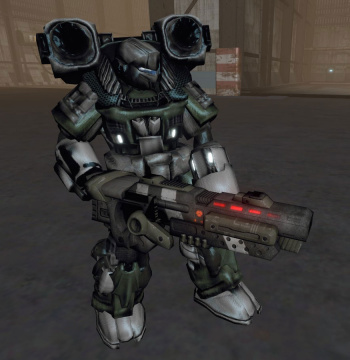 The Longinus is the default Battle Armor for Inner Sphere players. Functionally, it is currently no different than the other BA, the Clan Elemental.

Notable pilots include: =KoS= Saber15 - IS (Why Contain It), Known for raining fear & terror throughout all of the known worlds. When word of his arrival on your plant reaches you - Run.